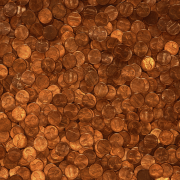 Many of my clients have different reasons why they want to buy NYC real estate.  Some people make a lot of money and want to take advantage of the mortgage interest deduction to reduce their tax liability.  Others look at renting as flushing money down the toilet and want their monthly payments to build equity in an appreciating asset.  Many also get tired of the uncontrollable and unpredictable annual rent increases imposed by faceless corporate landlords who care only about maximizing revenue.  For one particular client of mine, however, it was about independence.

This client was introduced to me by a former client – he had known her growing up in the Bronx – and when we first spoke, he was living at his childhood home (had been for the past couple years) in order to save up for his downpayment.  Although he had previously rented in Brooklyn, he was never satisfied with his rental units and hated paying a landlord, so he set his mind toward ownership and moved back home in order to save up.  When he contacted me, he had saved up a downpayment and was ready to start looking.  Although he would have loved to buy something in Brooklyn, he knew his budget limitations and that prices had gotten too crazy even in the neighborhoods on the fringe of where he wanted to be, like Bedford Stuyvesant or Crown Heights.  When he asked me about my commission rebate, I told him that he would absolutely still be entitled to a rebate, but that based on his budget, it would probably only be around $500.  He said to me that “every penny counts” and was still excited about it because no other broker would be willing to give him anything.  So he realistically began searching above 125th Street in Manhattan and in Astoria, with the limited criteria of (i) having affordable monthlies and (ii) being very close to transportation.

He settled on Hudson Heights, an affordable and up-and-coming enclave that stretches from the George Washington Bridge to Fort Tryon Park with a burgeoning food scene.  It is technically part of Washington Heights, but is separated from the rest of the neighborhood by a steep hill rising west of Broadway.  I happen to love that neighborhood, and it is a wonderful affordable option to those who are otherwise priced out of the Upper West Side or Morningside Heights.  Here, my client was able to purchase a comfortably-sized 1br co-op 2.5 blocks to the A train and a short walk to many of the neighborhood’s new restaurants and bars.  This would have probably cost 75% more in the Brooklyn neighborhoods he would have wanted to be.

About Digs:
Digs Realty is a full-service residential brokerage company specializing in home purchases and sales in New York City. Clients working with Digs on a purchase are eligible for a rebate of up to 2% of the purchase price and clients working with Digs on a sale are eligible for commission discounts.
For more information:
Web:  www.digsrealtynyc.com
Email:  [email protected]
Phone:  (917) 675-0037
https://www.digsrealtynyc.com/wp-content/uploads/2015/11/blog-post-templates5.png 1080 1080 Dan Gotlieb https://www.digsrealtynyc.com/wp-content/uploads/2021/10/digs-logo.png Dan Gotlieb2015-11-13 17:13:152020-01-03 01:12:49Every Penny Counts in NYC Real Estate
0 replies

Wait a minute, you’re going to pay me to buy a home in NYC?