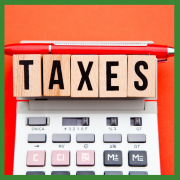 The new tax bill approved by the House and Senate and signed into law this year presents a world of unknowns for the real estate market going into 2018. There is (a) one major piece of the legislation that will directly make the ownership of most NYC real estate more expensive (the lowering of the cap on the mortgage interest deduction from $1,000,000 of mortgage principal to $750,000), and (b) one major piece of the legislation that will likely reduce the disposable funds of nearly all people in NYC’s homebuying class (the elimination of the ability to deduct state and local taxes above a $10,000 cap), but also (c) several pieces of the legislation that may have a mitigating effect on these new rules (namely, the reduction of the rates for the highest tax brackets and changes to the alternative minimum tax (the “AMT”)).

The Mortgage Interest Deduction. The lowering of the cap on the mortgage interest deduction from $1,000,000 to $750,000 is the most direct hit to the NYC market. In reality, due to the high price of NYC real estate, this change will unlikely, on its own, be particularly harmful to many NYC buyers, as it only really affects a small subset of buyers in the $940,000 – $1,250,000 range. Since most buyers borrow 80% of their purchase prices, buyers below $940,000 will not see any change to their ability to deduct mortgage interest. On the higher end, these changes will unlikely quell demand since, with the average Manhattan sale price in excess of $1.9MM, buyers are used to only deducting a portion of their mortgage interest anyway.

Here are some hypothetical scenarios, assuming a 4% interest rate, 80% financing, the top 37% federal tax rate and a joint tax filing:

The SALT Deduction. The changes to one’s ability to deduct state and local taxes, while not directly related to real estate, will likely have a much greater effect on the real estate market since it will be felt by all buyers at all price points. A typical dual professional income household in Manhattan (with an income of appx. $350,000) will likely pay around $35,000 in state and local taxes and approximately $20,000 in property taxes (for a 2-3br home), for a total of $55,000. Not taking into account any of the other changes to the tax law, with these deductions now capped at $10,000 in the aggregate, at the new 32% federal tax rate, this hypothetical family now has to deal with being out of pocket an additional appx. $12,000 that they would not have had to pay out last year in federal taxes. That is a lot of money for many hardworking New Yorkers who, while they may have a high income relative to the country as a whole, live on a tight budget in Manhattan.

Mitigating Factors. The new tax bill presents new tax brackets for different incomes, with many people qualifying for a lower tax rate. For example, the tax rate for the highest income bracket (above $600,000 for married couples filing jointly), of which many homebuying New Yorkers are a part, is being reduced by 2.6%, and those joint filing couples with incomes between $480,050 and $600,000 will see a 4.6% reduction in their tax rate. The AMT, that confounding element of our taxes that nobody seems to really understand (but draws the ire of nearly everybody), is also being changed (but I won’t even begin to try to explain what those changes look like and how they will be applied because the AMT doesn’t make any sense to me). There are also other elements of the bill that may help some taxpayers, like the changes to the taxation of pass-through businesses, but those are far more difficult to quantify and are best left to the tax professionals. Additionally, while all this is going on, demand for owning an apartment in NYC remains extremely high relative to available inventory (even though inventory has been climbing), especially at the lower end of the market. The stock market also continues to sit near its all-time highs, with no suggestion of slowing down any time soon.

The new tax bill will, no doubt, mean a lot of things to a lot of different people, but with respect to the NYC real estate market, the likely effects are unclear, and will likely remain unclear for a long time. Most of the discussion right now is about how New Yorkers are getting screwed with the lower mortgage interest deduction and the inability to deduct state and local taxes. Yes, those will definitely suck for New Yorkers, but there are also items in the new bill that will likely mitigate the negative effects of these items, at least to a certain extent, so the overall outcome will unlikely be as bad as many of the initial observers have predicted.

New Yorkers have always dealt with the reality that living in NYC is more expensive than elsewhere in the country, so the potential increased costs associated with tax reform will just be one more expense to add on to be able to live in the greatest city in the world. Will this be the straw that breaks the camel’s back, causing an exodus of the wealthy to lower-tax locales? Probably not. What is more likely to happen is that, as the GOP promise of trickled down increased wages and robust investment returns ends up empty for most Americans, when the Democrats re-take control of the government, a tax plan more similar to what we are accustomed to will be passed, and New York will go back to business as usual…it just might take a few years.

NOTE – we at Digs are not tax professionals, but rather interested observers in this whole new tax world who have been reading everything possible to get a handle on the new law. Accordingly, this does not make us anything close to an expert in the topic you just read about (we are real estate brokers, so you should know this!). If you have any questions at all, please be sure to contact your tax professional to go over how the new tax bill affects your personal situation. I would be happy to refer you to a good one if you’d like.

Mortgage Assignments and the CEMA (Consolidation, Extension and Modification...